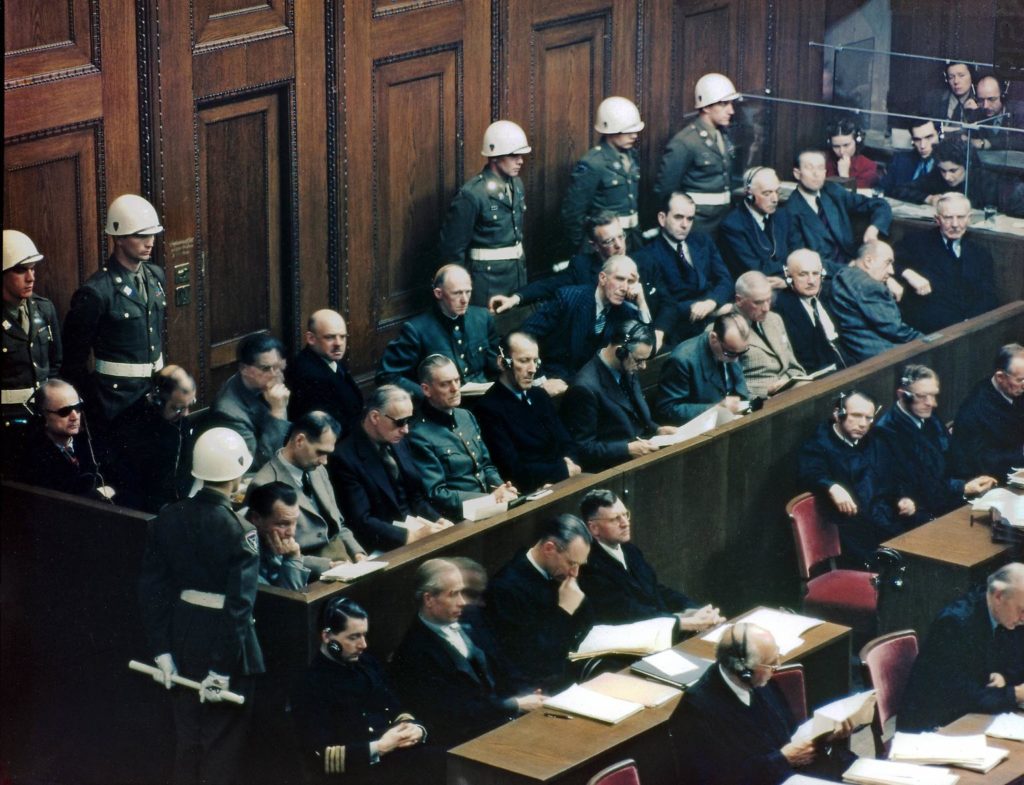 To understand how the future President of the United States thinks and acts, the story of his former associate is very instructive. The woman became known not because she complained about Trump’s dealings with her, but because he himself boasted of this dealings in one of his many books. Trump had hired the woman in the 1980s. „I decided to make something of her,“ he writes in „Think Big and Kick Ass,“ a book in which he wanted to share the secret of his success with the world. He gave her a great job. „She bought a nice house.“ In the early 1990s, when his company was in financial trouble, Trump asked the woman to help pressure an acquaintance who held a key position at a bank. The woman felt uncomfortable, she found it inappropriate. Trump immediately fired them.

She later started her own company, but went bankrupt. „I was really happy when I found out,“ wrote Trump in his book. Although he had done so much for the woman, „she had turned against me“. In Trump’s world, the appearance of disloyalty is an unforgivable sin. He advised his readers to punish such cases with massive retaliation. In the end, the woman lost her house and her husband left her, wrote Trump. „That was a real satisfaction for me.“ In the years that followed, he only spoke badly about her: „Today I am doing everything I can to ruin your life.“ At the end of the chapter titled „Vengeance“, Trump advises always retaliation. „Don’t hesitate. Aim at the carotid artery. Strike back hard! If you don’t retaliate, you’re just a wimp!“

This hardcore Darwinism has made Trump, who sees life as „a series of battles that can end in victories or defeat“, become a rich man in the harsh, often crude real estate market. Trump, who will be sworn in as the 45th President of the United States this Friday, seems to be relying on the same formula for success in his new office – with all the unpredictable consequences that this can have for his country and the world. In the past week it has been observed several times that Trump shows no inclination to adapt his appearance to the dignity of the presidential office. He seems to continue to rely solely on his own rules: „Think Big and Kick Ass“. On the Wednesday before last, Trump reacted aggressively and severely to all those who had dared to criticize him – or whose behavior did not suit him – via Twitter and later at a press conference.

I consent to external content being displayed to me. This allows personal data to be transmitted to third-party platforms. After it was leaked that US intelligence agencies had informed Trump of possible compromising material in the hands of the Russians, including an alleged pee orgy with prostitutes in a Moscow hotel room, Trump hit back. What the secret services had done was a „shame“, a „witch hunt“ was ongoing. The services „should never have allowed ‚fake news‘ to reach the public. Do we live in Nazi Germany?“ The whole thing is „a last attack on me“. For months there has been talk of Trump’s lack of maturity and dignity for one of the most powerful and venerable offices in the world. And yet his appearance on Wednesday left nothing but astonishment even among party friends.

On view was a man who believes Vladimir Putin’s statements more than the findings of his own secret services. A man who responded aggressively to any criticism. Who tried to intimidate the CNN reporter Jim Acosta with an outstretched index finger and denied him the right to ask because Trump did not like the reporting from his station.It was an appearance that missed everything that was expected of American presidents up to now: sovereignty, diplomacy, restraint, distance from oneself. Trump lined up sentences like „I am insanely successful“, „I will be the greatest job producer that God has ever created“, or the statement „I deserve great praise“, without a wink, without a hint of self-irony. Even in the USA, where the willingness to point out one’s own merits to others is much more pronounced than in Germany, such a level of self-praise is unique. The hour of victory should really be the hour of humility. But since November 8, Trump has not missed an opportunity to point out how „outstanding“ his election victory was and what a „total disaster“ Hillary Clinton experienced. Anyone who, after his almost conciliatory speech on election night, hoped that the country would experience a different Trump from now on, sees himself wrong.

On the following Sunday, actress Meryl Streep criticized Trump in her speech at the Golden Globe Awards for making fun of a physically disabled reporter for the New York Times during the election campaign. It was Trump’s way of revenge for the reporter convicting him of a lie. Trump hit back against Streep immediately: The story with the reporter was wrong, he claimed, although there are videos showing Trump mimicking the man’s physical disability. Streep is „one of the most overrated actresses in Hollywood,“ he tweeted, and „nothing but Hillary’s courtship“. The most awarded actress of the present „overrated“ – that is the world according to Trump’s will and imagination. His reaction patterns are always the same, regardless of whether he feels badly treated by an employee, a reporter, an actress or the secret services. In his retribution he knows no gradations, it is always excessive. Trump’s behavior can very often be traced back to the simple question: Was someone nice or not nice to me? It doesn’t get much more complex. The key to understanding the new president lies less in his political statements or the motives of his supporters than in his personality structure.

Trump is a 13-year-old boy in the body of a 70-year-old, says Trump biographer and Pulitzer Prize winner David Cay Johnston. In all the conversations about his life, Trump seemed like a little boy, says Michael D’Antonio, the other great Trump biographer. „Like a six-year-old who comes home from the sports field and can’t wait to finally announce that he has scored the decisive goal.“ Johnston and D’Antonio spent hundreds of hours trying to understand this man. Their assessments are only outbid by Trump himself. „When I think back to how I was as a first grader, and when I look at myself today, I have to say: I haven’t changed much,“ Trump said a few years ago. „My temper has stayed the same.“ Trump exhibits the classic views and behaviors of people with narcissistic disorder. The professional ethos of psychologists actually forbids making diagnoses remotely. With Trump, however, many make an exception because he meets all the criteria.

Howard Gardner, professor of developmental psychology at Harvard University, described the future president as „markedly narcissistic“ years ago. The clinical psychologist Ben Michaelis even sees Trump as a narcissistic personality „like a textbook“. His colleague George Simon even uses videos of Trump to illustrate this personality image in seminars. According to the experts, the classic behaviors include: an excessive addiction to attention, recognition and admiration, the inability to empathy, the constant circling around oneself and grotesquely exaggerated self-praise. For narcissists, the world around them is only interesting as a mirror of themselves. Those affected are so overly sensitive to criticism that anyone who denies them recognition becomes an opponent. Highly narcissists, again a research finding, are so addicted to attention and admiration that they often lie. And they are so convinced of themselves that repentance is alien to them – because the admission of mistakes is not a sign of greatness in their eyes, but rather diminishes the impression of one’s own grandiosity.

Trump considers self-reflection, the critical questioning of one’s own behavior, to be harmful anyway. „I don’t like to analyze myself because it could be that I don’t like what I see there,“ Trump said in a 2014 interview. Biographer Michael D’Antonio, who has had countless conversations with Trump and his family members, found this to be the most salient characteristic of the entire clan: „The persistent refusal to reflect. Nothing is critically questioned.“ If one looks at Trump’s reactions, announcements and threats, much can be explained with this finding. It is hardly surprising that now that he has been elected president, he does not simply change his behavior. He just can’t do it. When Trump defended himself against the assessment for weeks that Russia had pursued the goal of getting him into office with hacker attacks and the publication of internal emails from the party headquarters, the offended narcissist also spoke. Trump feared that the glamor of his election victory could be diminished.