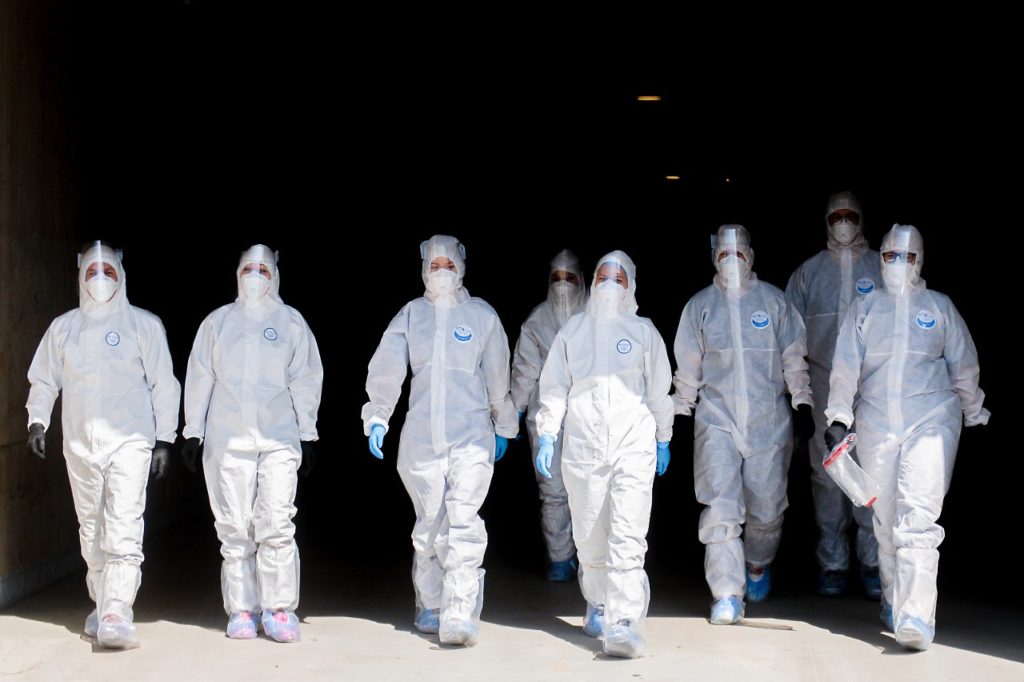 The Nokia 3.4 and the Xiaomi Poco M3 prove that smartphones can be good everyday companions for 150 euros. One entry-level device can score with the more powerful hardware, while the other impresses with its software. Both are persistent. It wasn’t too long ago when ntv.de had to check whether the device was assembled reasonably well when testing 150-euro smartphones. The display, processor or camera were at best acceptable, and manufacturers often used components that were left over from previous productions. But that has changed, for 150 euros you can now get smartphones that are more than useful everyday companions. The best evidence of this is the Nokia 3.4 and the Xiaomi Poco M3.

The Finnish manufacturer HMD has relied on smartphones with a strong price-performance ratio and close cooperation with Google since its Nokia comeback in 2017. The Nokia 3.4 is the latest in this corporate strategy. The first impression of the dual SIM smartphone is very good. In this price range, plastic is mainly used, but that’s more of an advantage than a disadvantage. Because with a corrugated plastic back, the device is very handy and less sensitive than smartphones with glossy glass covers. The workmanship is also of high quality and you don’t have the feeling of holding a cheap cell phone in your hand. However, the device is not waterproof; this feature is reserved for more expensive smartphones for the time being. The closest you can see the Nokia 3.4’s low price is the 6.4-inch display. Because the LCD only has HD + resolution, which is just enough for a pixel density of almost 270 ppi. However, the sharpness is still sufficient and the screen is otherwise absolutely okay. You shouldn’t expect too much from the Qualcomm Snapdragon 460 chip, which can access 3 gigabytes (GB) of RAM, in terms of performance. The fingerprint sensor on the back takes a short moment before it unlocks the display, and apps start with a slight delay. But that’s all still in the green and you won’t really be slowed down as long as you don’t overload the device with complex games or extensive multitasking.

The modest hardware has the great advantage that it does not consume a lot of electricity. And because the battery has a capacity of 4000 mAh, the Nokia 3.4 can last up to two days with normal use. The best time to fill up the battery is overnight because the charging speed is not great.

The flash memory, which can be expanded with microSD cards, is 64 GB, which is absolutely sufficient because the operating system only uses 15 GB of it. Despite a total of 172 installed apps on the test device minus photos and videos of 64, 36 GB of storage are still available. This is because the Nokia 3.4 is one of the few Android One devices. In other words, the pure Google version of the operating system is installed on the device without the manufacturer’s own user interface.
The Nokia 3.4’s night shots are not that great. On the one hand, this means clear, well-structured software that always runs smoothly despite the modest hardware. On the other hand, the Android One program guarantees two major updates to the operating system and three years of security updates. Android 10 is still installed on the device; according to the HMD timetable, the update to version 11 will come in the first quarter of 2021.

The triple camera on the back is by no means bad for a 150 euro smartphone. Above all, the main camera with 13 megapixels (MP) takes beautiful photos with good contrasts and colors in sufficient light. When the sun is shining, the ultra-wide-angle camera is also useful. At 5 MP, however, it delivers few details and its images are visibly blurred on the sides. Both snaps don’t get along well with little light. The main camera still holds up well at dusk and even has a tolerable night mode. The additional depth sensor is of little use; the artificial bokeh in portraits looks very artificial.

Since autumn 2019, Xiaomi in Germany has been aggressively pushing into the large void that Huawei had to leave after the US boycott forced it into a niche existence without Google services. The Chinese newcomer is struggling with almost mercilessly calculated prices. This also applies to the Poco M3, which offers pretty strong hardware for 150 euros. It starts with the 6.5-inch display. It’s just an LCD and not an OLED panel. But the resolution of the screen is Full HD +, which means that its pixel density is just under 400 ppi. Colors and contrasts are good and the display can shine quite brightly.

Both devices are durable, but the Poco M3 has the thicker battery. As for the design, Xiaomi shows confidence. Because on the back of the wide, glass frame of the camera, in very large letters, says „POCO“. It’s not exactly fancy, but definitely eye-catching. In addition to this glass surface, the housing of the Poco M3 is also made entirely of plastic. But as with the Nokia 3.4, the workmanship is very good. And the Chinese 150-euro smartphone is also safe in the hand, as the back has a leather-like structure. Although it is already robust, Xiaomi also includes a silicone case.

At almost 200 grams, the Poco M3 is around 20 grams heavier than Nokia’s entry-level device and is also a little chubby. But there is a very good reason for this: The battery has an enormous 6000 mAh. The smartphone can easily take two days. And if the battery does run out prematurely, it can be quickly recharged with the included 25.5 watt power adapter. Xiaomi has also made a splash with the processor and drives the Poco M3 with the Snapdragon 662, which is at least a lower mid-range chip. The test device is equipped with 4 GB of RAM and 128 GB of flash memory. This is a good choice, but then the Poco M3 costs just under 170 euros instead of 150. The standard version offers 64 and 3 GB. As with the Nokia 3.4, the memory can be expanded with microSD cards and the slot offers space for two SIM cards.

Except for the dark areas, night shots from the Poco M3 look pretty good. As long as several apps are not running at the same time, the difference in RAM should hardly affect the speed. And then you can tell that the Xiaomi smartphone is better equipped than the Nokia 3.4. Apps start visibly faster and the fingerprint sensor in the power button unlocks the device almost instantly.

You won’t find a telephoto or ultra-wide-angle camera with the Poco M3. The device has three lenses on the back, but the 2 MP macro camera and the depth sensor can be safely ignored. Only the main camera is relevant, which has a resolution of 48 MP. It delivers detailed photos in daylight and offers a pretty usable digital zoom. When it gets darker, the Xiaomi camera also weakens, but it does better with less light. Their night mode isn’t bad, but it’s not a feast for the eyes either. Like the Nokia 3.4, the Xiaomi Poco M3 will still be delivered with Android 10, but will also receive the update to the latest version of the operating system in the not too distant future. Android 12 is possible because Xiaomi is one of the manufacturers with a good update policy. This is not guaranteed, however, and even rather unlikely in this price range.

The best for every purpose These are product tests smartphone winners

Instead of pure Android, the M3 comes with Xiaomi’s MIUI 12 user interface. Their design is a matter of taste, but the adjustment of the settings makes things worse if you are used to unadulterated Google Android. MIUI 12 is not overloaded, however, with a total of 186 apps, 97 GB of 128 apps are still available on the test device.
Better hardware against an update guarantee

The Nokia 3.4 and the Poco M3 are both good smartphones for their low price. Both devices are currently available for around 150 euros, with official sales of the M3 starting on December 17th. The Nokia 3.4 is already on sale. The Xiaomi device clearly offers the better hardware. The Finnish counterparty holds against it with the simpler software and guaranteed updates.