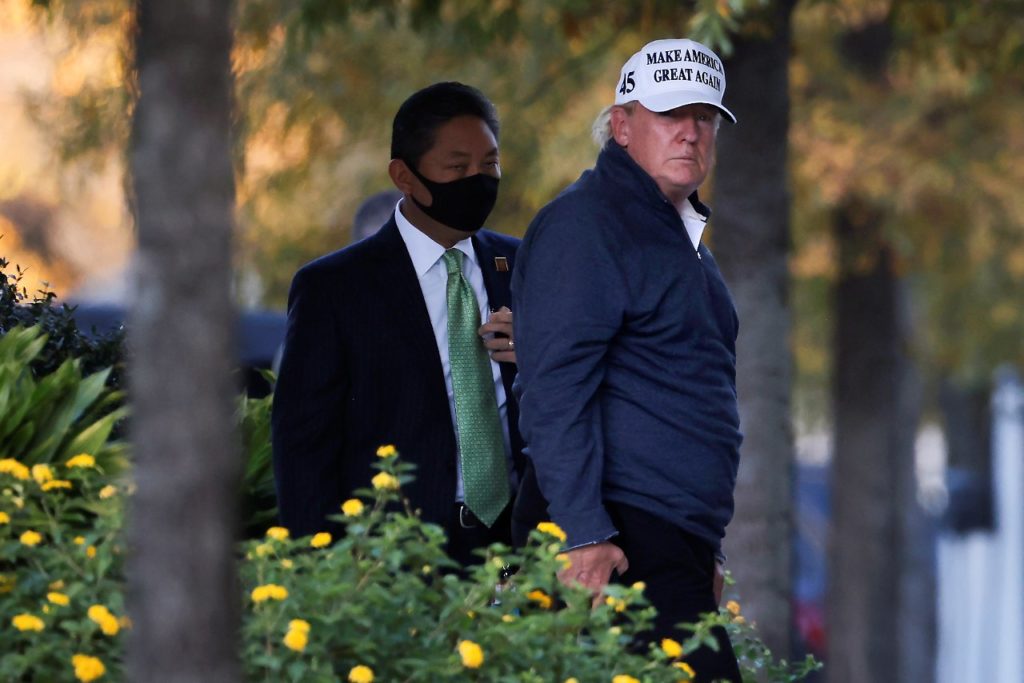 JESSE WATTERS: He needs to drop the tough guy act. He’s fallen more times than Trump got COVID. He broke his foot playing with his dog, Dana. Trump was in the hospital for three days. Then he gets out of the hospital, signs the Abraham Accords, nominates a Supreme Court justice, and dances the YMCA until midnight. What is Biden talking about? Mr. Four-day weekend should go to the next Nationals game and try to throw out the first pitch. Does anybody think he can throw it better than Fauci? I highly doubt it. The mainstream media doesn’t even realize how big of a flip-flop he’s done on COVID 19. He campaigned on crushing the virus, lock it down like China, and now he’s saying everyone’s going to get it. You got to learn to live with it. Who does that sound like? It sounds like Trump. It sounds like he’s for herd immunity.

But I think he kind of liked being quarantined. He looks comfortable in the basement. Remember, that’s how he won the presidency, Dana, from the basement. That’s where they only come in a few hours at a time. He’s not surrounded by a lot of staff, confusing them with details. He has his meals. He has a sleep. He has his big teleprompter. He has his dog. He doesn’t have to see Kamala that much. It was good. And then I’m thinking, wait a second. Yesterday was like a flashback to the campaign. You had Donald Trump giving a speech. You had the Department of Justice threatening to indict Donald Trump. You had Joe alone in a room reading off of a teleprompter while the media lied about everything he’s doing. I honestly think he probably gets long COVID because that’s a good strategy for him if he wants to win again.

WATCH THE FULL SEGMENT BELOW: